My new favourite vector resource - via Back to Back activities!

Walking around my department towards the middle of last week (which I try and do whenever I get the chance, which unfortunately is not as often as I would like) I spied a fantastic image that one of teachers was using as a part of a "no pens day"; having pupils sit back to back whilst one describes and the other draws this picture: 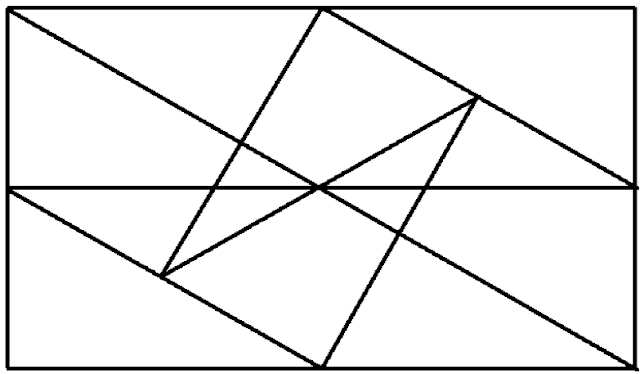 perhaps it was because I was due to teach it the following week, but my mind raced immediately to this picture, which I promptly designed at the end of last week 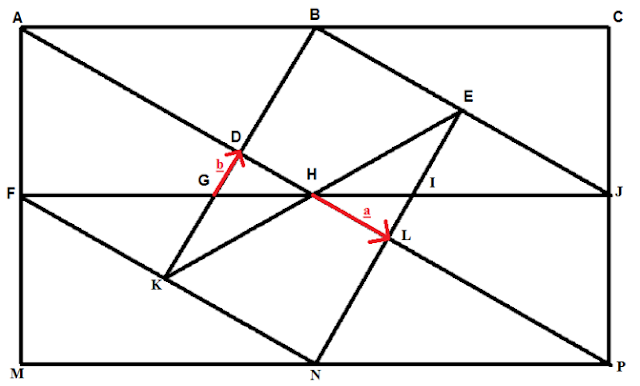 of course the topic being...Vectors!

I love vector mathematics - it is such a useful way of visualising so many key concepts in maths and science; I use them to conceptualise negatives, translations (I actually draw on the vector arrows), all sorts of things. What particularly struck me about this image is the way it ties vectors nicely with similar triangles and scale factors, For the top end pupils the discussion as to why B to E is 2a and why K to G is 2b and building up the whole picture from there, is a great discussion to come out of this picture, along with then all of the other vectors is as good a top end vector resource I have seen - eventually it is possible to generate this picture: 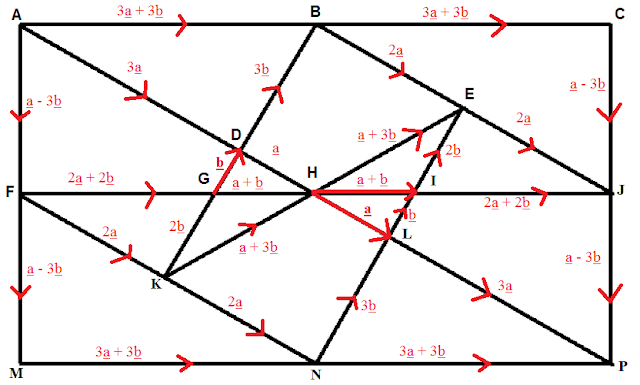 In terms of trying to define vectors in terms of other vectors, what a great activity! It won't stop there either - tomorrow I will be using the image to explore ideas like:

Of course that is not the only way to use this image - over the half term I will likely create something that uses it for trigonometry, scale diagrams, Pythagoras' Theorem etc as well - all out of a simple image that an NQT was using for drawing.

My resources around this image can be here and here.
Posted by Peter Mattock at 13:46