The missing link in Adding and Subtracting fractions

Ok, I hadn't realised it had been so long since I had blogged - I have been insanely busy writing homework booklets and test papers over half term so that has left little time for much else. One thing it did leave time for however was for me to make a nice mental leap in my teaching of adding and subtracting fractions.

As I explored in one of my more recent blog posts, the use of bar models for adding and subtracting fractions I felt really did help a number of my pupils see why fractions added and subtracted in the way they did. There was a minority though that still struggled, and at first I couldn't really see what else I could do - I couldn't think of a better way to explain the concept. Then (and I am not really sure how) I realised something crucial: these pupils didn't really understand the concept of equal area in fractions. The pupils couldn't see that a common denominator was necessary because they were thinking about how many parts each fraction had and didn't realise that the total area of the diagrams had to be the same for both fractions. Of course my earlier diagrams had been the same size, but I hadn't stressed it, believing it to be obvious. So the next time I introduced the topic of adding and subtracting fractions, I started with this picture: 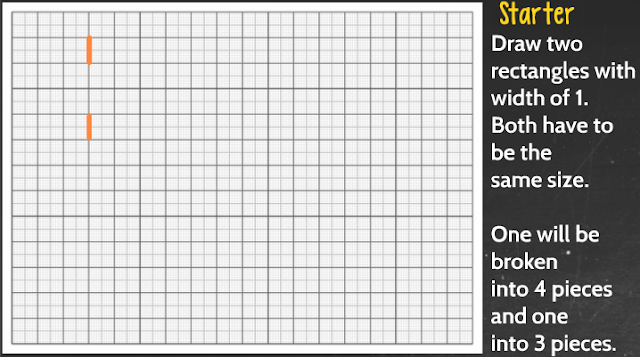 Something so simple ended up being a watershed moment for me in teaching adding and subtracting fractions, because it forced pupils to see that quarters and thirds had to be turned into twelths (or a multiple of 12). We followed this up with this slide: 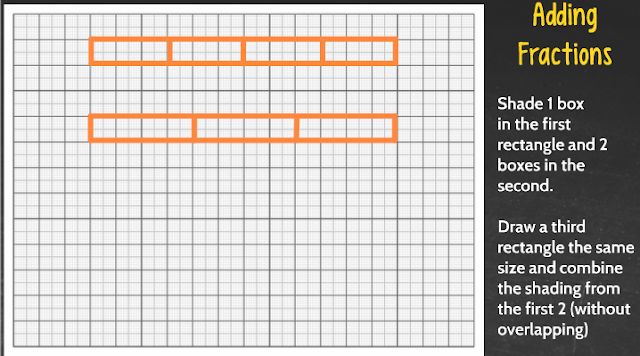 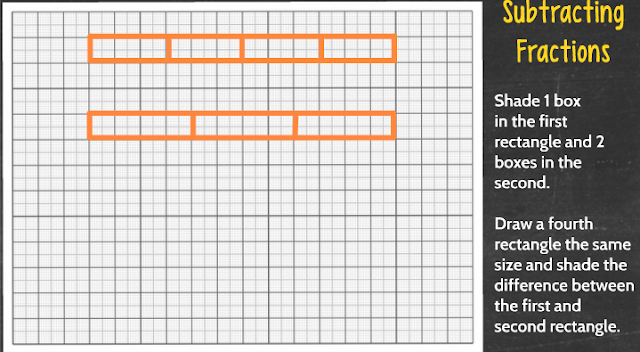 For those pupils that had continued to struggle, this was a revelation. They didn't need to break the picture up into 12, it already was! They had drawn it that way themselves, because the rectangles needed to be the same size. We could talk about why 8 square long rectangles, or 9 square long rectangles, wouldn't be useful, and everyone could see it. We came out with these pictures: 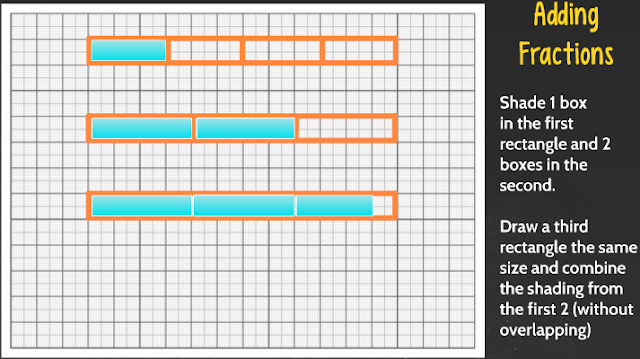 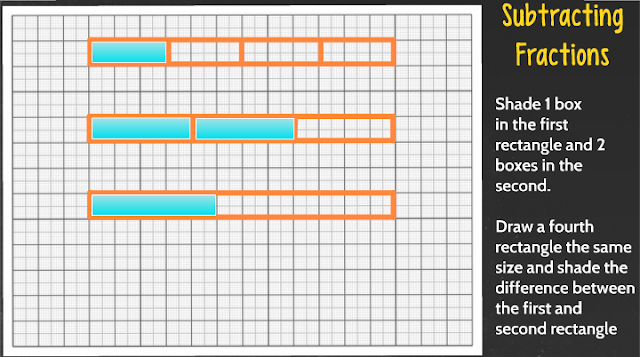 When I finally set this related challenge: 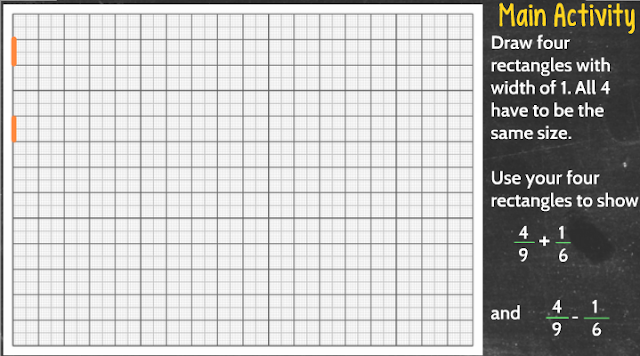 Everyone did it - 100% completion. Some within a minute. Most pegged 18 square long rectangles pretty much immediately, and only a few had an initial struggles about then representing 4/9 and 1/6 - but once we got past those they were there. In the end every book had a picture like this in: 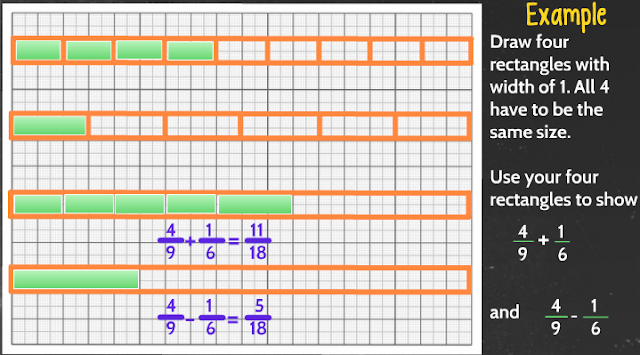 and every pupil understood.

The full prezi can be found here, and it is definitely an approach I will be using again.
Posted by Peter Mattock at 12:46