1) Direct identification of median position, leading to the median.

2) Generating a list of raw data from the table, and finding the median from a raw list.

3) Deleting extremes in a table.

This third method I wanted to expand on a little, as it may not be clear to all. 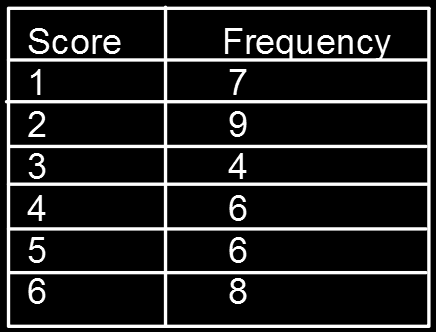 If we ask pupils to picture the list, we should be able to see that the list starts with seven ones, and ends with eight sixes. So if we were to delete extremes from the list, the first seven ones would be crossed off with seven sixes. This would leave one six at the far end of the list. 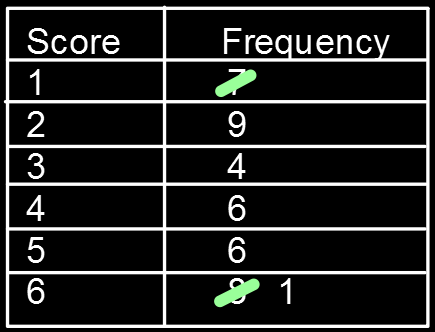 This six would then be crossed off with the first two in the list, leaving eight twos at the beginning. 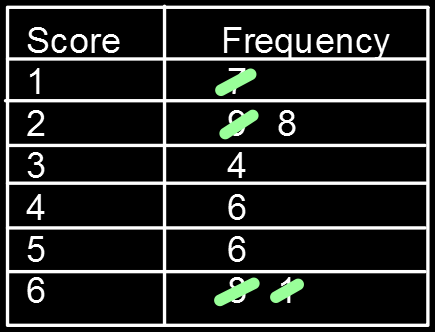 The list now has eight twos and six fives at either end, so the six fives will be deleted with six of the twos, leaving two twos at the beginning. 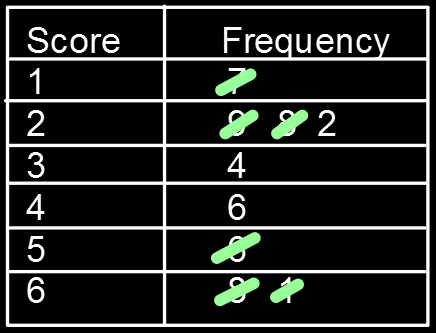 These two twos will then be deleted with two of the fours, leaving four threes and four fours. 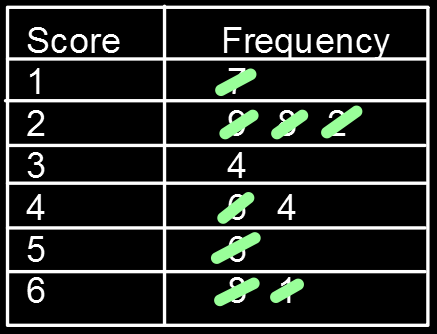 From here will pupils spot that the middle is halfway between 3 and 4? Or would they write out the list of 8 numbers? Or would we take the method to its natural end to say that if we cross off three of the threes, and three of the fours, that this leaves a single three and a single four? 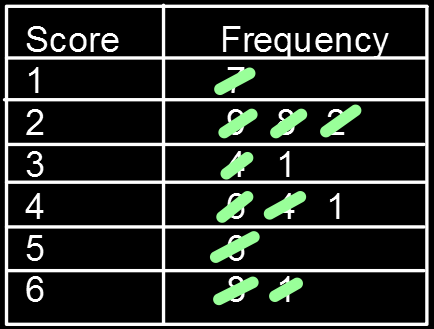 I will admit that this is a much longer approach than the identification of the middle position, but I wonder if it is more natural for pupils? Or if it is at least a viable alternative for pupils that understand deletion of extremes for raw data and struggle with identification of middle position. Any feedback from other teachers about their approaches with pupils on finding median from table would be greatly appreciated.
Posted by Peter Mattock at 14:08