This Saturday I attended the truly excellent ResearchEd Rugby. Despite all sorts of problems with trains from London to Rugby, Jude Hunton (organiser) got a fantastic line up of speakers together for sessions on Research, Leadership, Maths, English, Science among others.

As part of the maths strand I was speaking in the afternoon. The thesis of my talk was that the NCETM approaches outlined in their Teaching for Mastery program, Rosenshine's Principles of Instruction, and some of the effects proposed by Cognitive Load Theory are the same ideas, discussed using different language.

It is worth reminding ourselves about how these three came into being. The NCETM ideas of Teaching for Mastery came from looking at "high performing jurisdictions" and their practice, as well as the research that underpins their approaches, and suggested what might have the most impact in mathematics education in this country.

Barak Rosenshine derived his Principles of Instruction by examining individual high performing teachers, and the common practice that they share. This of course was not specific to mathematics teaching.

Cognitive Load Theory is a theory for how the brain forms memory, and things that support forming of memory, based on experimental data. Of course, the point of a theory is that it explains observed phenomena, and predicts the outcomes of future phenomena. So CTL aims to explain things that have been observed about memory formation, and predict what might help memory formation in the future.

The three "competing" theories can be shown using these three images: 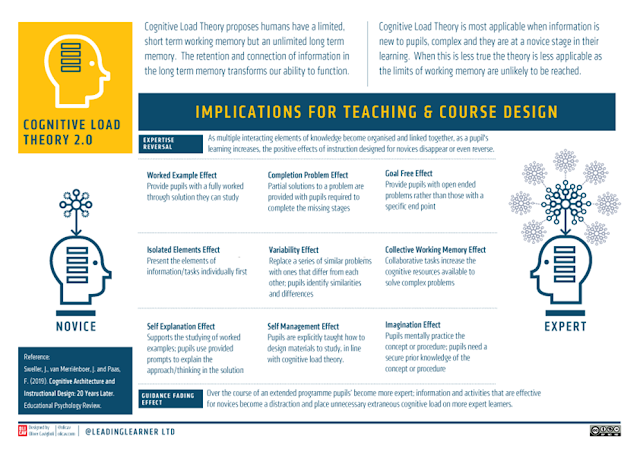 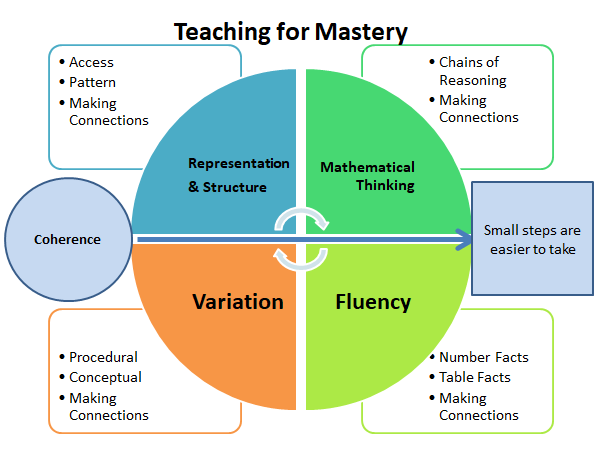 I contend that many of the ideas from these three sources actually significantly overlap, and in some cases are indistinguishable. Take this example from my presentation: 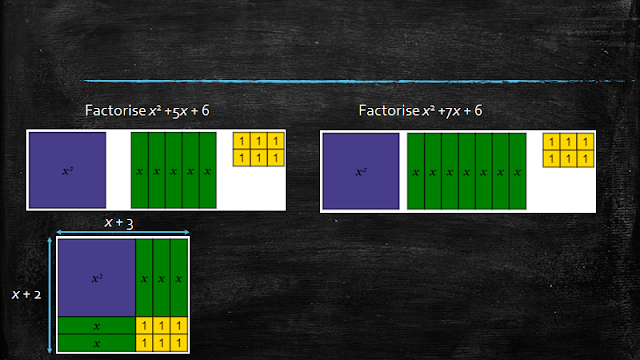 On the left hand side is a picture of the expression x2 + 5x + 6, which then shows how this picture can be rearranged into a rectangle, which shows the factorisation. This can be physically shown using concrete or virtual manipulatives. Then there is an expression on the right hand side which is intended for the learner to factorise (given access to the concrete version of the manipulative).

The title for the slide was: 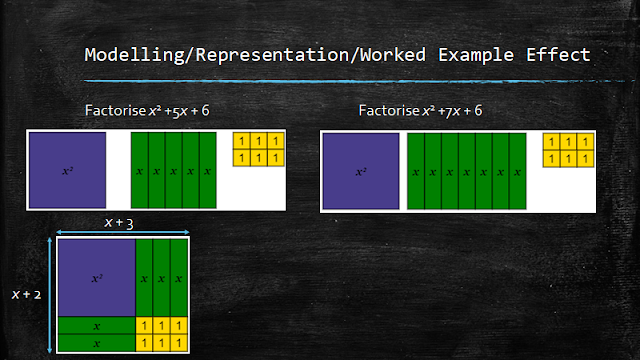 I highlighted several other examples throughout the session: 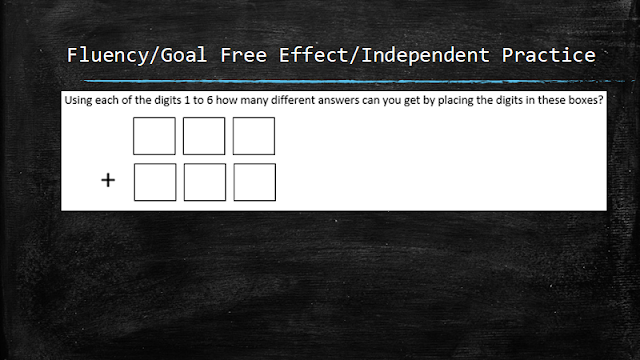 This activity is one that can be used to support developing Fluency, which is also an example of independent practice and also uses the Goal Free Effect. 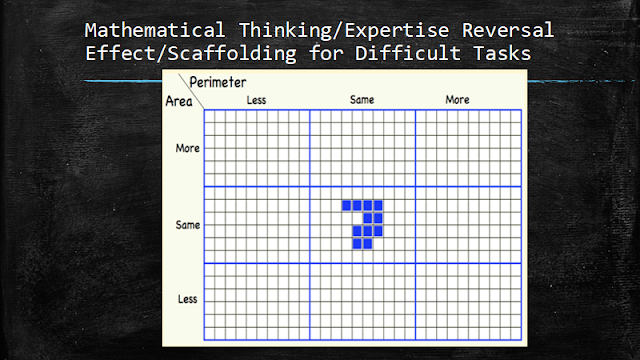 This activity prompts Mathematical Thinking, it can be seen as using the Expertise Reversal Effect, and can be used to provide Scaffolding for Difficult Tasks. Note; if you are going to use this task, an important point is that learners should aim to make the minimum change possible from the starting shape in the middle.

The point of course is that these are not competing ideas at all. There is something to be gained from all of them, particularly where they actually say the same thing.

*Hat tips to the Learning Scientists and Oliver Caviglioli for the posters, Jonathan Hall and his website Mathsbot.com for the virtual manipulatives, Open Middle for the open box problem, and Professor John Mason for the Area/Perimeter activity.

*The full presentation can be downloaded by clicking this link.