"Which other areas of maths do pupils need to apply the knowledge that the sum of the angles in a planar triangle is 180 degrees?"

There were some great examples of places such as circle theorems and angles in polygons but also places like coordinate geometry. What we then talked about was the idea of creating non-standard examples from images like those we might find in these area. This led to questions/examples like these: 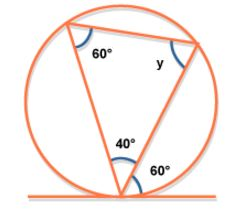 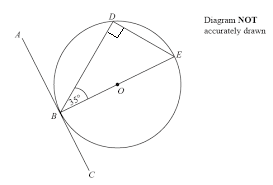 We moved the discussion onto other areas as well, so I thought I would share some of the favourite ones that my team came up with: 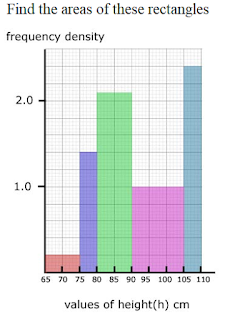 As part of a lesson about finding area of rectangles, calculate the area of the bars in a histogram. A chance to interleave decimal multiplication. No understanding of what a histogram actually is is required here, but when it is time pupils are already used to looking at them. 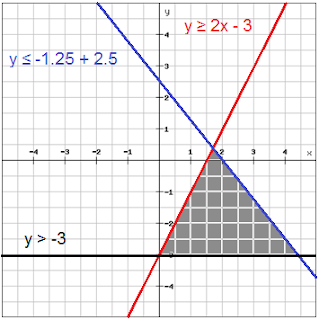 Find the area of the shaded triangle. If pupils can solve simultaneous equations then pupils can find the base and height, if not then these could be given to get pupils seeing the triangle. The same stimulus could actually be used at different stages:
1) When first encountering area of triangles with all relevant information given.
2) When solving simultaneous equations in order to find base and height before finding area.
3) When graphing inequalities, which could then lead to the others. 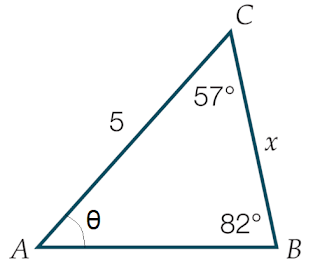 Find the missing angle in the triangle. This was actually adapted from a sine rule question, but could be used in a couple of places before getting to the sine rule:
1) With this information given, just to get pupils ignoring the extraneous information about the sides.
2) Pupils could construct the triangle accurately to find the length x once the angle θ has been found.
Posted by Peter Mattock at 14:23