Venn diagrams...one of those topics sorely missed when removed from the curriculum, and a topic whose reintroduction to the GCSE was welcomed by many maths teachers. Of course those of us that have taught A-Level stats have been keeping ourselves nicely abreast of set notation and its applications to Venn diagrams; but mainly to do with application to probability. Something that the SAMs have made clear is that Venn diagrams will be used more widely than just with probability at GCSE, and so I thought I would share a couple of questions I have developed to support using Venn diagrams.

To be fair this is an approach that some people will already be using; the application of Venn diagrams to find HCF and LCM from the prime factorisations of two numbers. This question however uses it in reverse, gives the prime factors in the Venn diagram without telling the numbers 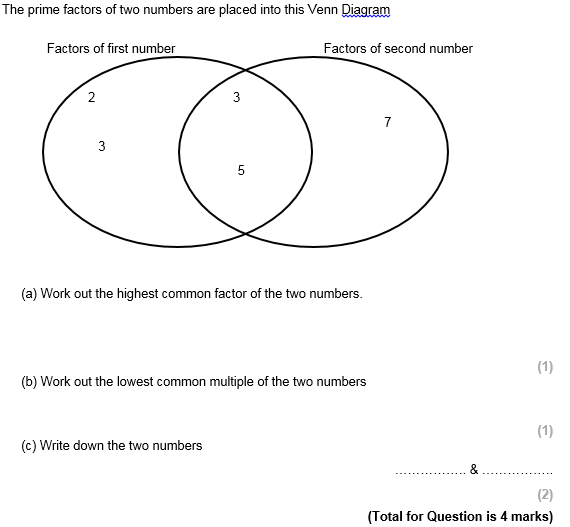 Something similar to this is employed in the SAMs, but to my recollection it again involved probability. To be fair this questions could, but I have left it slightly short of that (this question is to be used with Year 7 upper set). It still does bring in some nice expression writing and equation solving. 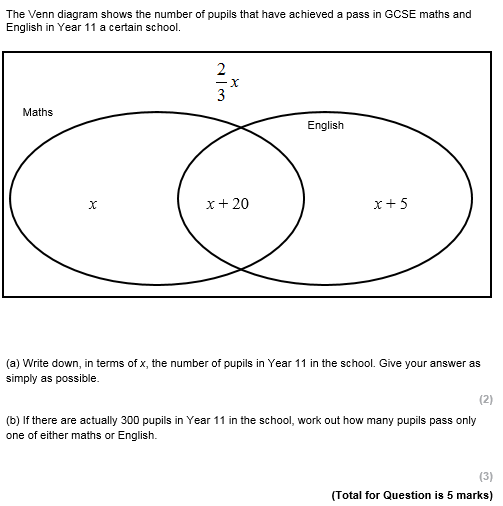 Both of these questions are in the Venn Diagrams Word document in editable form on my TES resource area, which is at the link here: https://www.tes.co.uk/teaching-resource/venn-diagrams-11082977 so feel free to use, adapt etc; I hope it serves as a source of inspiration for developing resources for these new topics and that tie different areas of the curriculum together.
Posted by Peter Mattock at 12:37